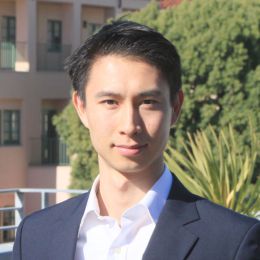 In 2013, that would have been gibberish. Now, it’s one of the most recognizable phrases in the world.

So how did the Zoom team establish such dominant ubiquity in less than a decade? It’s a story of product-led growth, but it’s also one of thoughtful decisions about how, when and where to scale.

Here’s an inside look at those critical choices thanks to Greg Holmes, founding CRO of Zoom and an LP in Stage 2 Capital. In the video below, he takes us through his perspective on the most important decisions that drove Zoom’s growth. Doubling Down on Product-Led Growth

Zoom was a pioneer of the product-led growth model. As an unknown up against established competitors like Webex and GoToMeeting, Greg and the executive team questioned the efficacy of heavy advertising. What was the point, they reasoned, of TV spots if no one knew who you were?

So for its first two years of existence, Zoom had no marketing team.

Instead, they developed a powerful freemium product combined with proactive word of mouth distribution. This combination created what Greg refers to as a “groundswell” of new users. By 2015, recognition had increased dramatically, and the world-class freemium experience converted many of these users to paying customers.

Only then, four years after the founding of the company, did they pull the trigger and bring in senior marketing executive Janine Pelosi, fellow LP in Stage 2 Capital, as their CMO. Marketing efforts began in earnest, supplementing the ongoing product-led growth. This enabled far more impactful marketing spend.

Zoom is one of the most powerful examples of successful PLG execution. Product-led growth will be a dominant force for years to come, particularly in product categories that have existing demand, are easy to understand, and perhaps are becoming commoditized. Zoom’s team exemplified the model from the start: they followed many best practices of product-led growth, especially delaying rapid scale and go-to-market investment until the freemium product adoption was strong enough to drive natural word of mouth.

In early 2015, Zoom began to feel the pinch of being limited to the Bay Area talent pool.

Greg was tasked with determining the optimal location outside of Silicon Valley to open an office.  He had three primary selection criteria, listed below in order of priority.

Through this lens, Greg chose Denver as the next expansion office.  Many people are surprised that the leader, not the talent pool, was the most important decision for Greg.  However, for Greg, one factor ruled above all: trust.

Trust is essential in a new office: you can’t always be there, nor do you want to be. You’re handing over the keys for someone else to build a new culture. If you get the choice of leader wrong, as Greg admits he’s done in the past, the venture spirals quickly. The speed of trust, a hallowed concept at Zoom, drives the pace of business.

Therefore, Greg felt the person chosen to lead was far more important than location itself.

By 2018 and eyeing continued rapid growth,  Zoom took on international expansion. Greg’s “line of trust” principle still held true, but now he had to account for the complexity of growing into a different country while still a relative newcomer in that country’s market.

His advice here is sage and simple: follow the data.

Another advantage of a PLG model is user data across many roles, verticals, and geographies.  Therefore, rather than speculative analysis of potential demand in a region, Zoom was able to leverage existing user data to assess the following two questions:

This lens showed Australia as the clear winner. Zoom already had a foothold in the country with a robust amount of free and charter clients. Perhaps more importantly, a significant proportion of Australian clients were in education, especially universities, a high-value market for Zoom. Education is also a highly interconnected industry; with Zoom’s established partnerships, the potential for both short-term wins and long-term expansion was high. To seal the deal, the executive team had a clear “line of trust” candidate who was a known quantity in the Australian market to run the office.

Within six months, Zoom London and Zoom Amsterdam were established along similar principles, and by early 2019, Greg hired a Head of International Business to oversee the entire international operation.

It didn’t happen overnight, but six years of the right strategic choices enabled Zoom to enter a well-known category with two sizable incumbents and become the category winner.

It also laid a strong foundation for future growth: Remember, this doesn’t even bring us to 2020, when Zoom saw demand increase 30x due to COVID-19. Continue that story here with insights from Zoom’s Head of Global Sales Operations and Enablement and Stage 2 Capital LP, Hilary Headlee.

A big thank you to Greg for sharing his thoughts, particularly as more entrepreneurs look for voices of experience in the world of product-led growth.